In numerical analysis, Lagrange polynomials are used for polynomial interpolation. For a given set of distinct points

are the same, the Lagrange Interpolation form is a linear combination

. Note how, given the initial assumption that no two

, so this expression is always well-defined. The reason pairs

are not allowed is that no interpolation function

would exist; a function can only get one value for each argument

. On the other hand, if also

, then those two points would actually be one single point.

in the numerator, so the whole product will be zero at

On the other hand,

In other words, all basis polynomials are zero at

, for which it holds that

, because it lacks the

, so at each point

The Lagrange Interpolation C Code is written below. 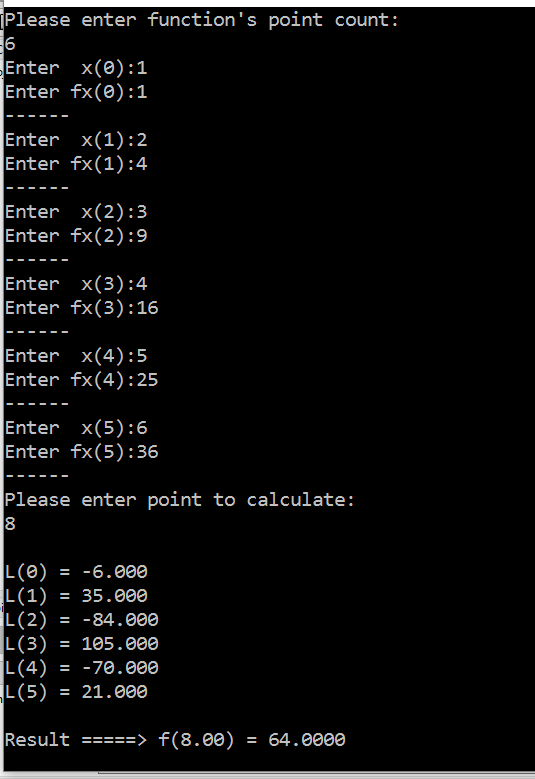